It was a cold nights camp by the shores of Daejeong. Yet, the skies were clear first thing and the coastal waters calm, which meant that the ferry to Gapado Island was all systems go. 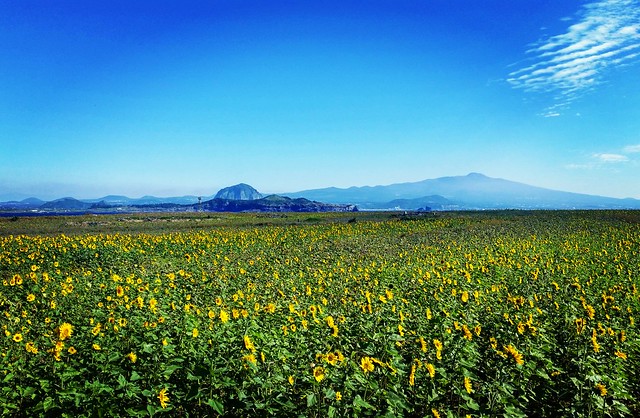 It took a mere 20 minutes to cover the 5.5km gap from the main island of Jeju to the minuscule 0.84 square kilometre pancake flat island. An island that if it were any more laid back it would sink in its sleep. The pace stuck someplace between slow and non-existent. I saw no traffic during my time there and very few inhabitants. Fishing nets hung and dried outside picturesque cottages alongside lanes of coral dry stone walls. A red brick road runs direct from north to south and a small path skirts the islands perimeter. A meandering path dissects the islands Olle route along the coast and through the centre of the island and across an ocean of sunflower. The clear skies outline Hallasan as the backdrop to this postcard picture perfect island. A short Olle at only 4.2km, but more than worth the excursion. 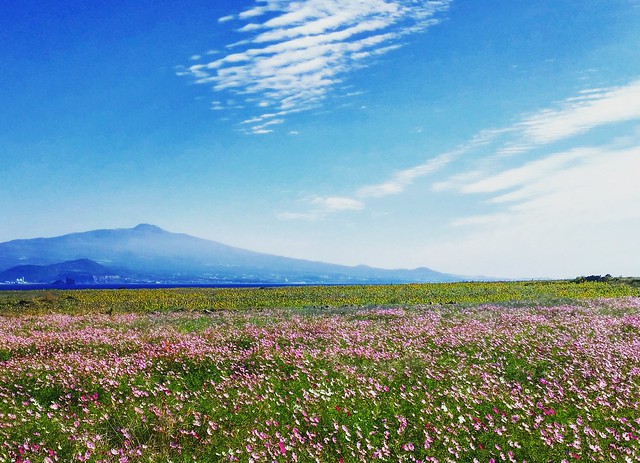 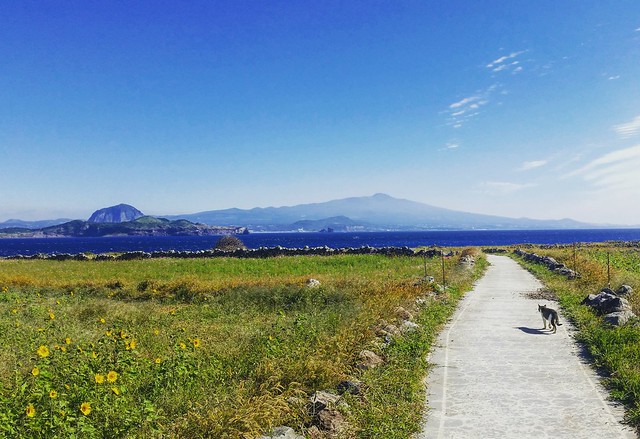 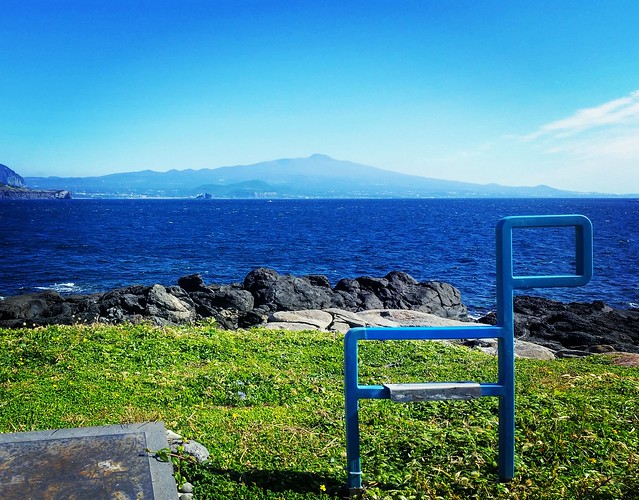 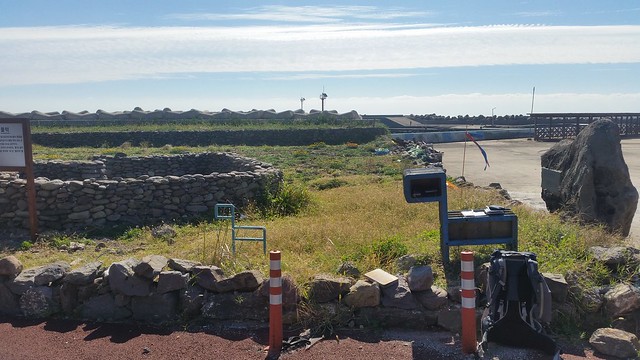 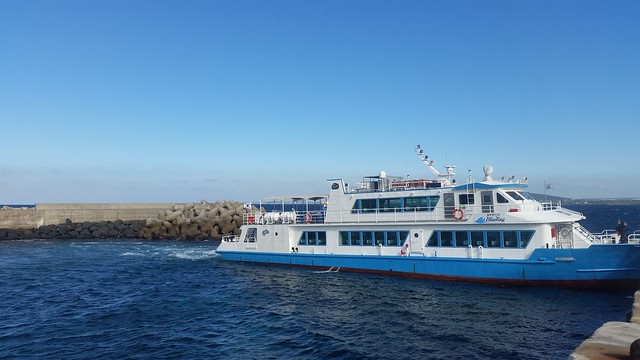 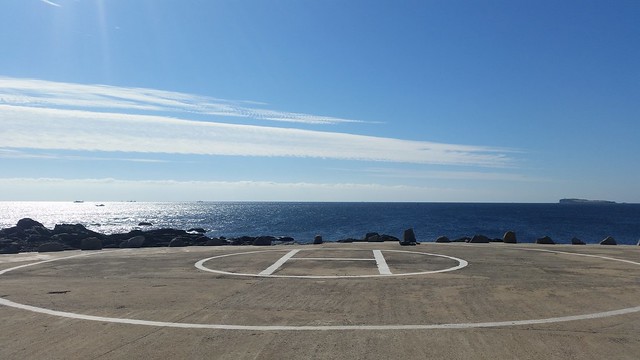 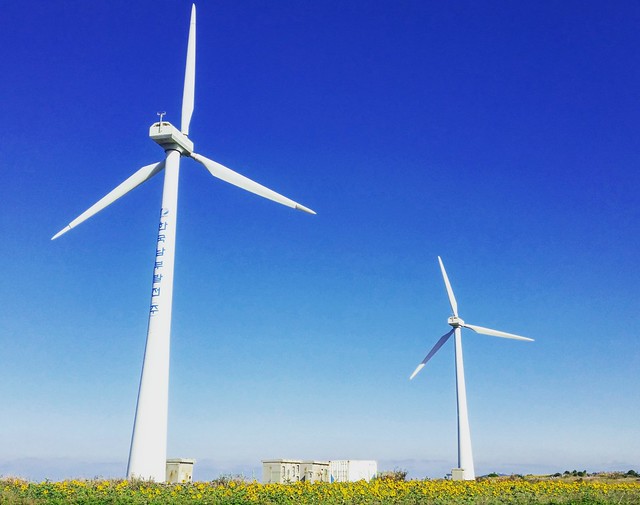 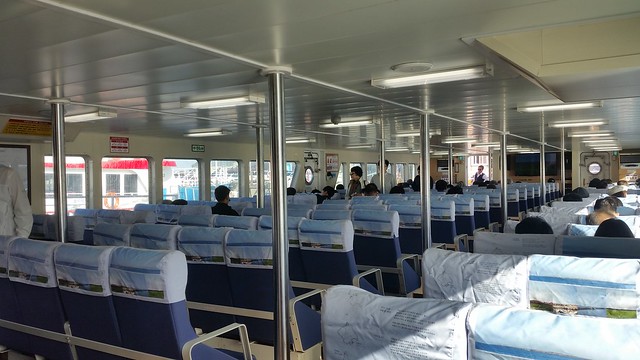 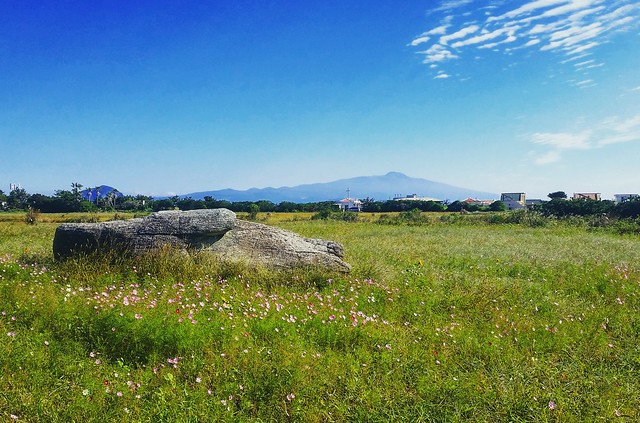 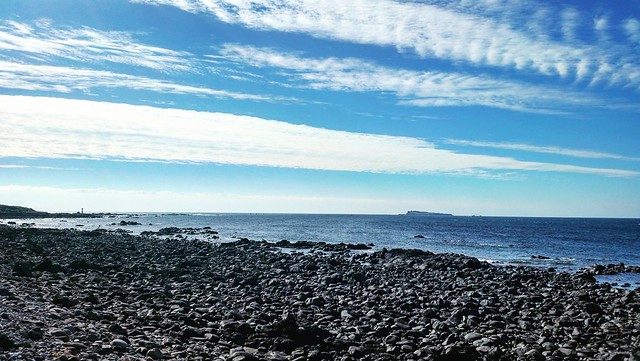 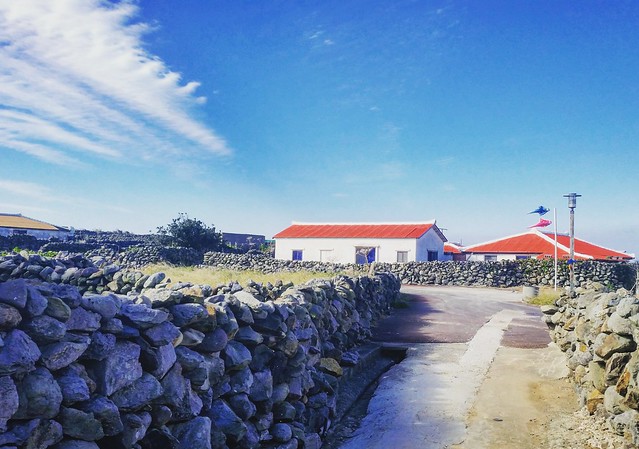 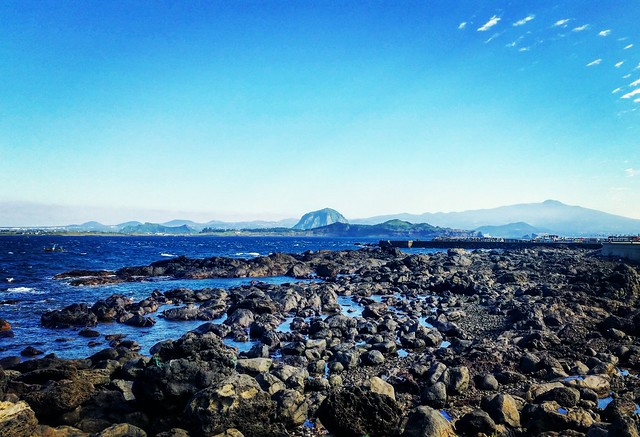