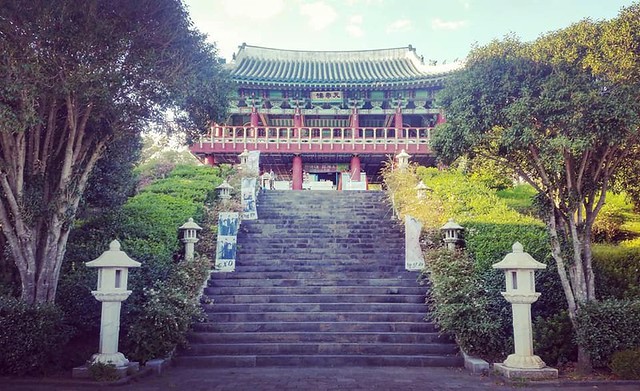 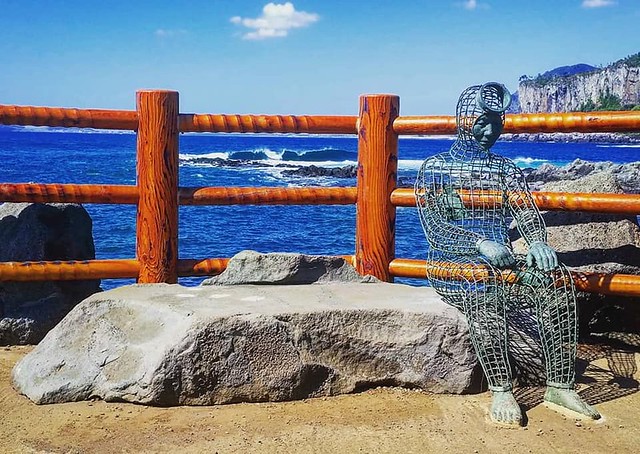 A rollercoaster of a day as I sweated my way up and down a bastard load of oreums all the way to the fancy pants resort town of Junmun. There a boulevard of wealth and success unravels to delight the…well…rich and successful I guess. Hyatt Regency and Lotte hotels stacked like skybound kingdoms…..and a token Starbucks of course. I bossed my way past them like a penniless snob and ventured to the beach to reward myself with a beer or 7. 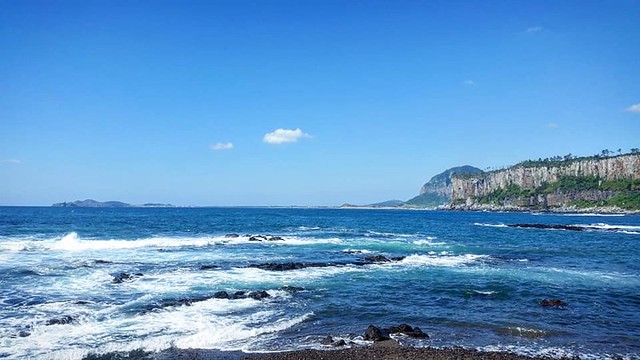 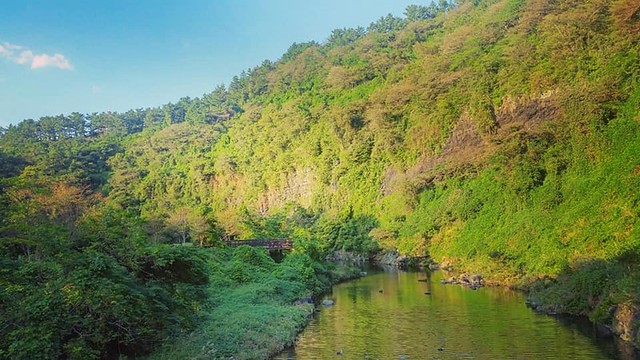 The beach was slightly ragged. It had obviously been hit hard in the summer by the masses. Yet, there were still plenty of surfers in the wet stuff despite signs up forbidding such activity. And, with the sun dipping beyond a shaggy tuft of jungle cliff to the western side of the beach it seemed more than an idyllic spot for a nights camping; it was sensually idyllic in fact. 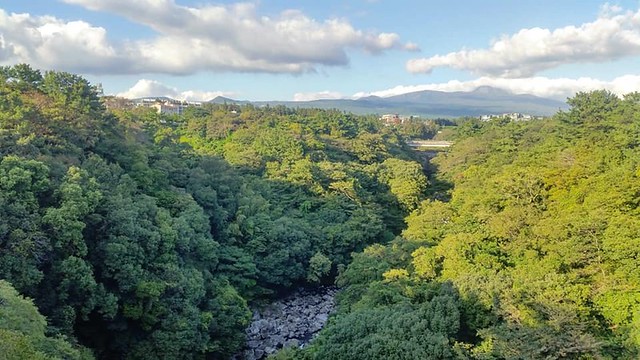 I took a walk along a buff a couple metres above sea level and found a little patch next to a battered picnic table. A snake scurried as I went to lay my tent. My bowel made an escapist notion but I withheld the temptation to destroy my brand new 70p panties from Daiso. I’d come to notice on this trip that pants seemed to perish a hell of a lot quicker on Jeju island than most other islands; a fact completely lost to science one might venture. 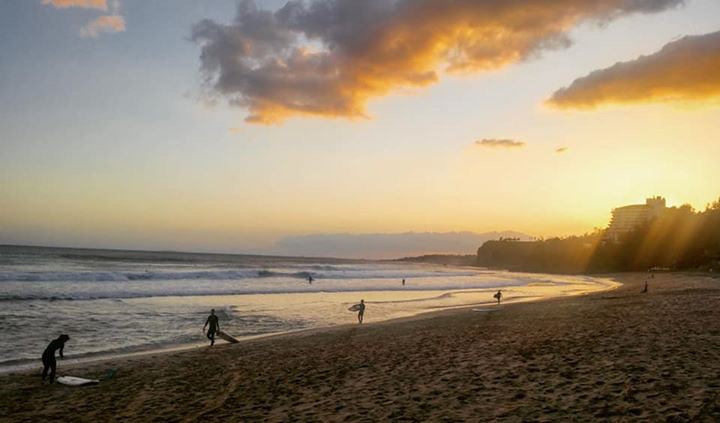 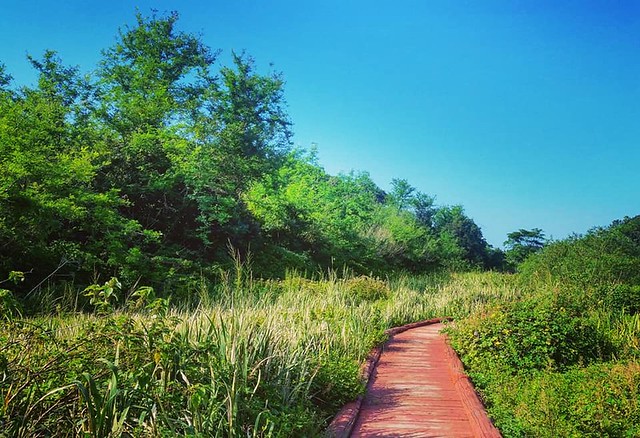 After the snake had slithered further into the jungle to eat jungle badgers I made camp. I doused my gullet with one last tinny and called it a day.

Sleep however became a scarce commodity. The waves roared all night and at times seemed spectacularly close to my tent. Unless there was a tsunami though, I was probably safe…probably. 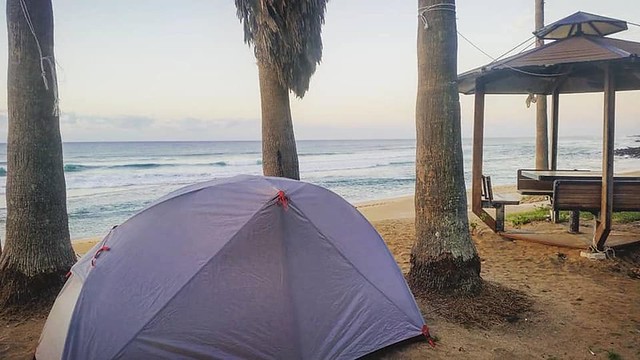 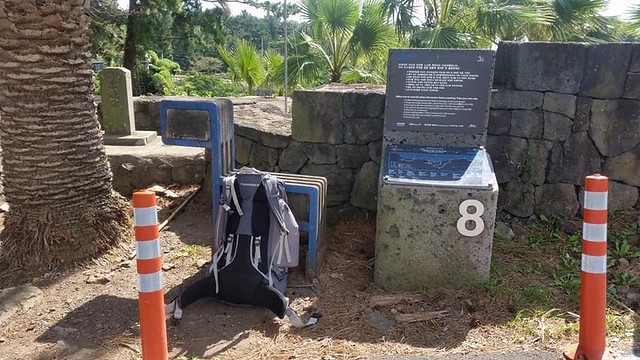 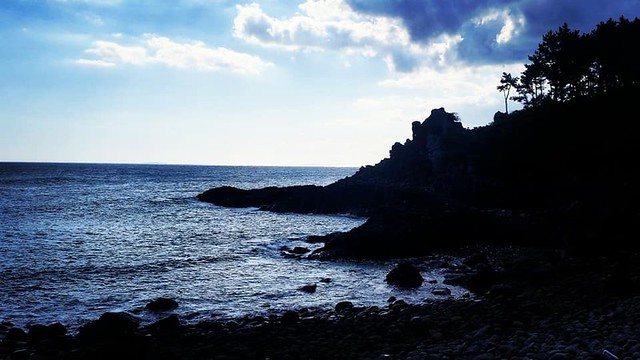 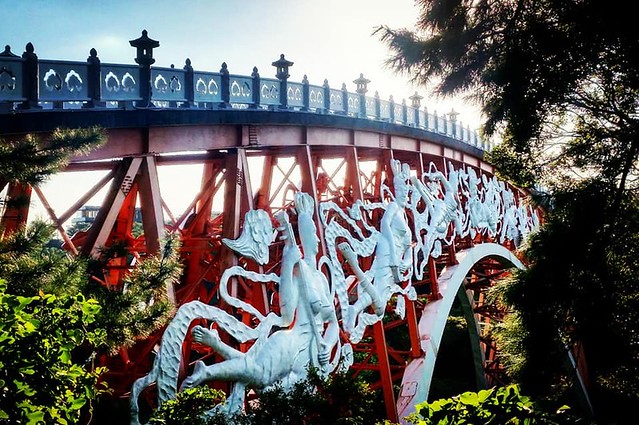 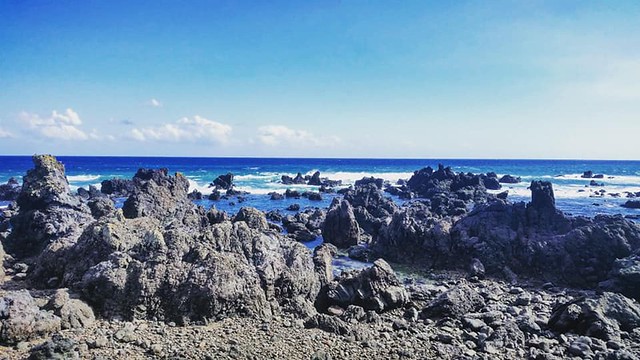 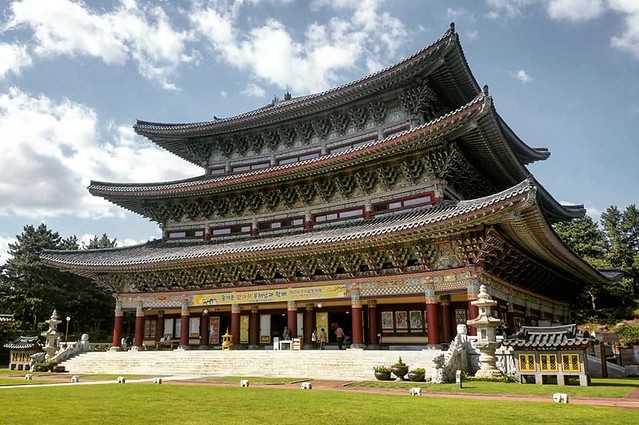 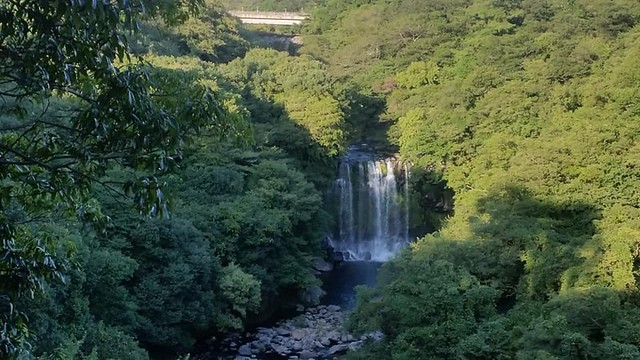