After the success of Operation Beer-belly (thanks Thailand), I thought it was time to be a little more productive before retiring back to the UK for the quiet life. And so, equipped with a tent, a sleeping bag and a packet of 120 wet-wipes I’ve decided to tackle the Jeju Olle. A collection of some 26 designated walking trails that encompass South Korea’s Jeju island to a total of about 425km. 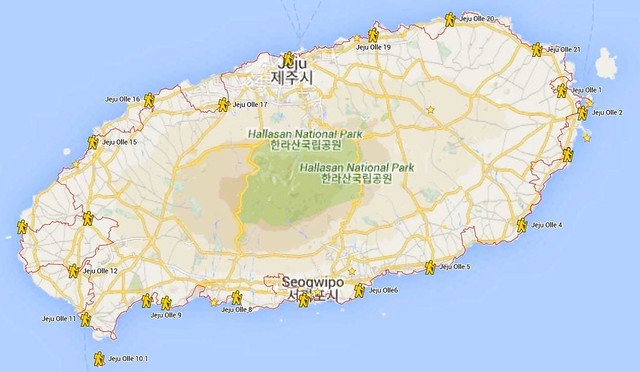 The opening act starts to the islands east in Seongsan. Home to one of the islands natural wonders: Seongsan Ilchulbong Peak. The 182 metre high tuff cone (or ‘Oreum’ as they are known in local Jeju dialect) with a 600 metre diameter was formed via a hydrovolcanic eruption at a conflicted 5,000 to 100,000 years ago. The peak is visible from most of Routes 1 and 1.1 over on Udo Island and at various points all along the eastern coast. Route 1 heads inland to begin with; up and over a couple of oreums to offer up some verdantly contrasting views of the terrain I was to expect during the coming weeks. Away from the touristic hotspots I came across very few walking the Olle trail. Selfishly, this pleased me. 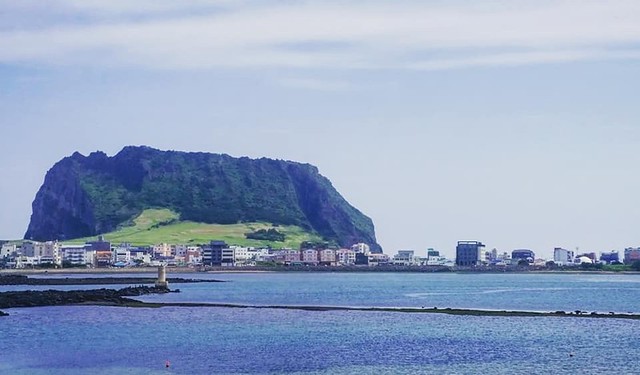 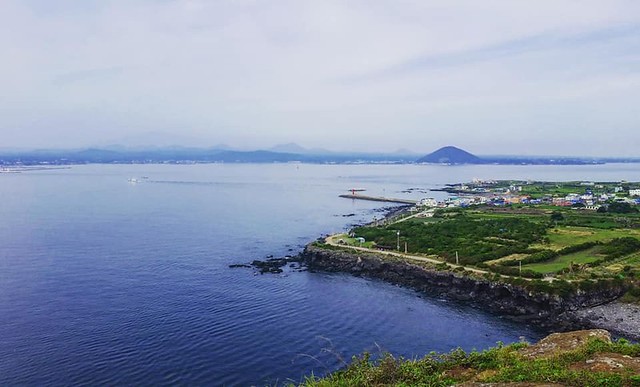 The climes were perfect for trekking; warm with a distinctive Autumnal breeze. But being typhoon season, I’d have to pay close attention to forecasts. I’d cycled during a typhoon once before, I didn’t really fancy walking in one. 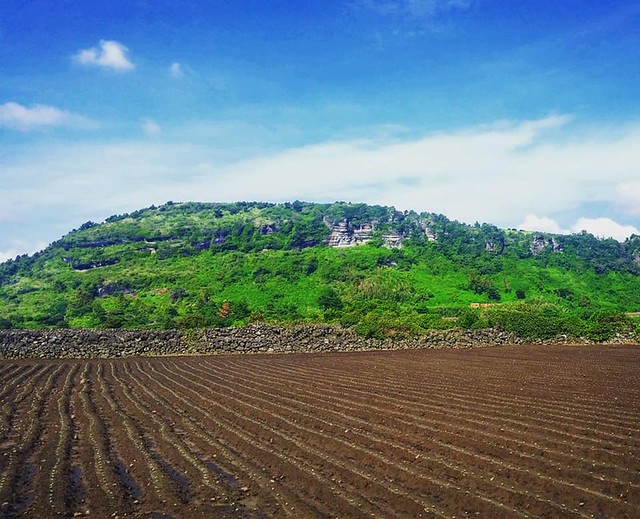 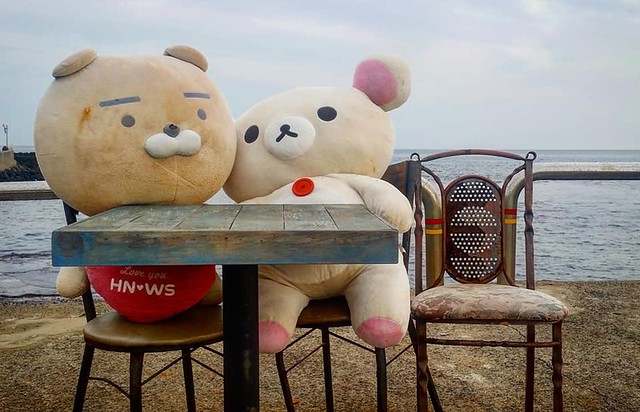 As just mentioned, the route consists of two parts; route 1.1 is comprised of a short 20 minute ferry crossing to the popular Udo Island. Being the Korean National Holiday of Chuseok, the island was packed to the rafters with tourists darting around in tiny vehicles that I could only describe as Micro Machines. The Jeju Olle walking trail here was supposedly closed as it got a pasting during the summer months. Well, I ignored that and walked it anyway; because I’m a double hard bastard. Taking in the pristine beaches and walking among the sleepy inland villages. The views across to Jeju where the shadows of its oreums dotted the landscape like a series of gigantic benign growths were entrancing. 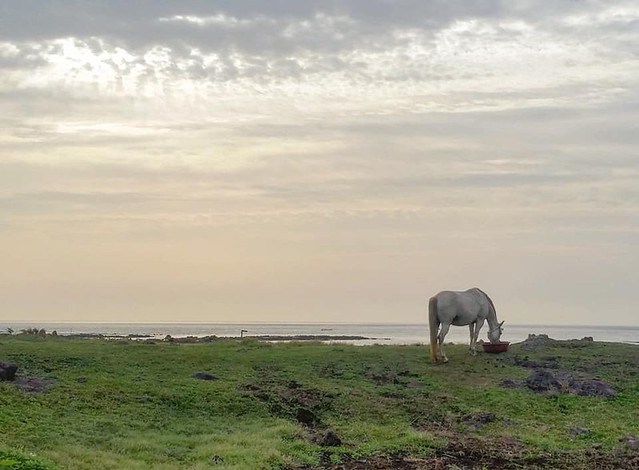 As the dying sun signed the day off, just away from the trail I came across a short 150 metre long man made bridge that connected Udo to the tiny islet of Biyangdo. Here I set up camp for the night to put an end to a much welcomed and productive first day of walking. 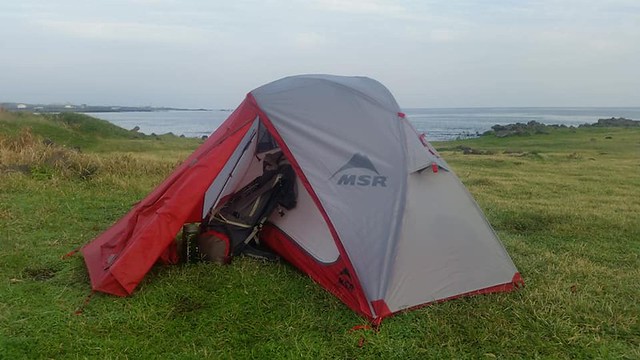 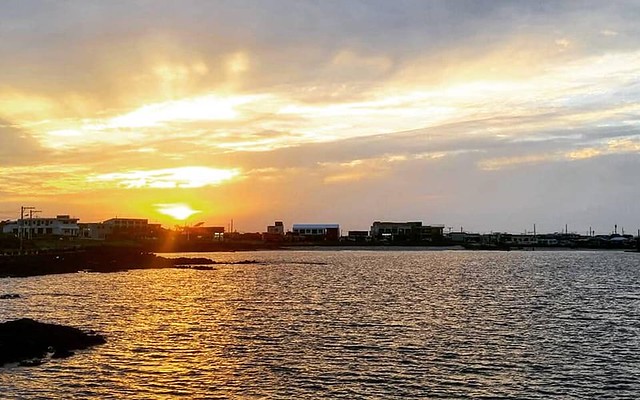 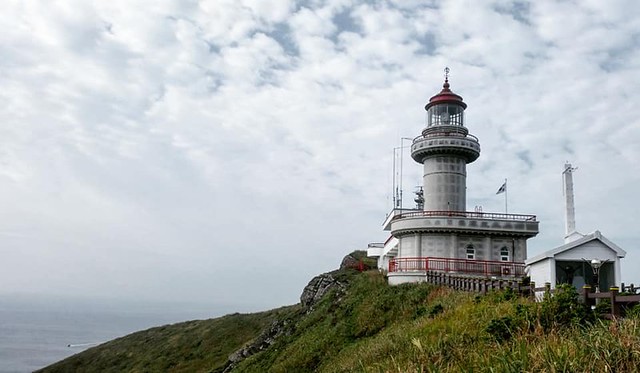 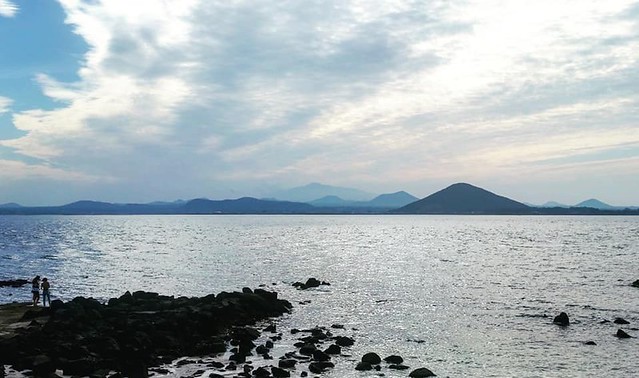 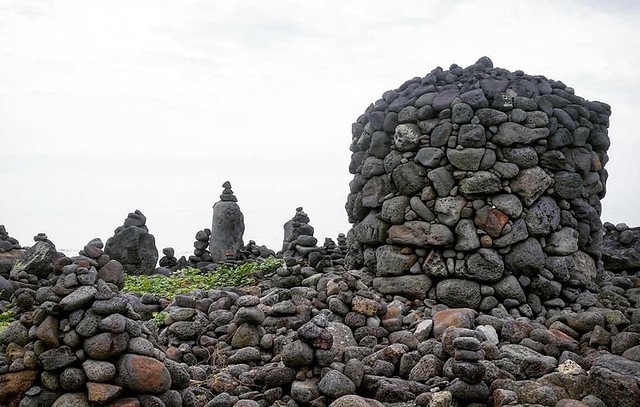 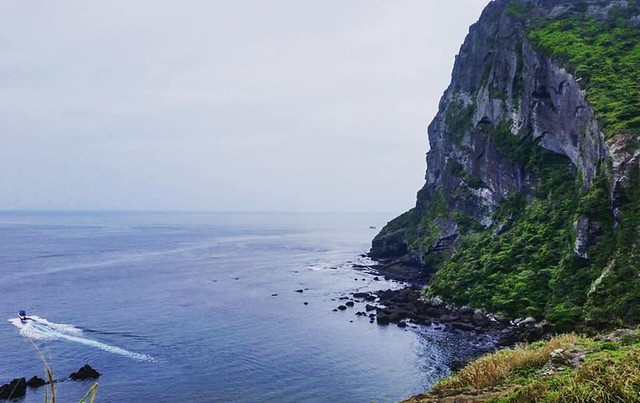